We like to build stuff here at Digital Diner. There is always some sort of project going on. These days, most of our projects include some sort of digital component – a microprocessor. If you haven’t gotten bitten by the Maker bug yet, we strongly encourage it. It can be incredibly rewarding. If you have even a minimal understanding of programming, there are websites, platforms and tools to help you develop your skills to the point where you actually create a hardware device with buttons, knobs and servos – a real physical world gadget. Software is fun, but when you can make your project physical it is even better. There are so many great platforms for creating digitally enabled devices that its gotten hard to figure out which one to use. For example, we are currently building a hydroponic garden project and had to choose a controller to run the pumps, read the sensors etc. We were surprised at the number of choices that were available to us. It can be a little confusing for the beginner. To help, we’ve taken three of the popular models and compared them so that you can choose the right tool for your next project. Spoiler: we recommend all three.

The three models (all of which we use here at Digital Diner) are the Arduino, Raspberry Pi andBeagleBone. We chose these three because they are all readily available, affordable, about the same size (just larger than 2″ x 3″) and can all be used for creating wonderful digital gadgets. Before we get to the comparison, here is a brief introduction to each one. 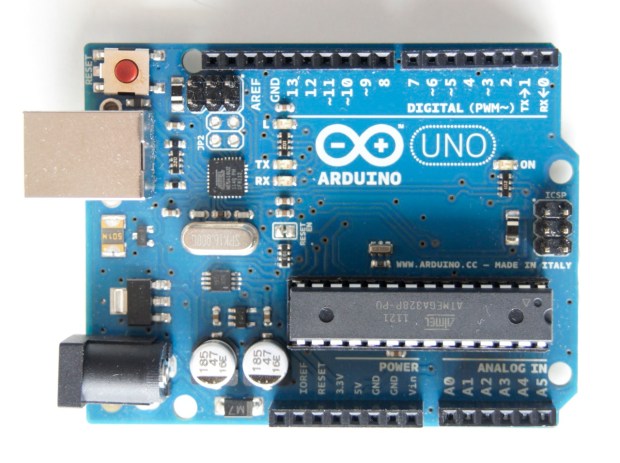 Arduino Uno BeagleBone Raspberry Pi[/caption] The Arduino Uno is a staple for the maker community.  Arduinos come in various sizes and flavors, but we chose the Arduino Uno as an example of the prototypical Arduino.  It has an easy to use development environment, an avid user base and is designed to be easy to interface all sorts of hardware to. 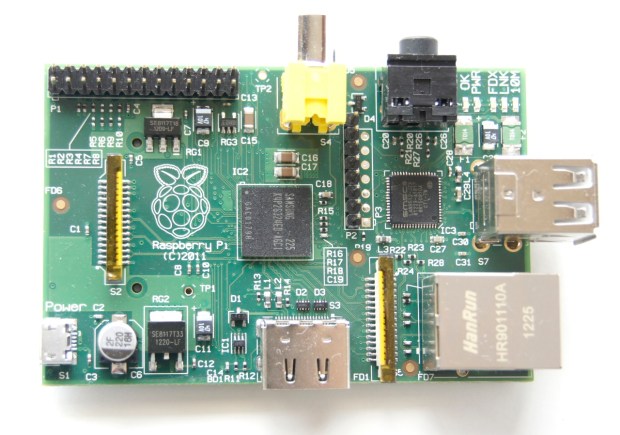 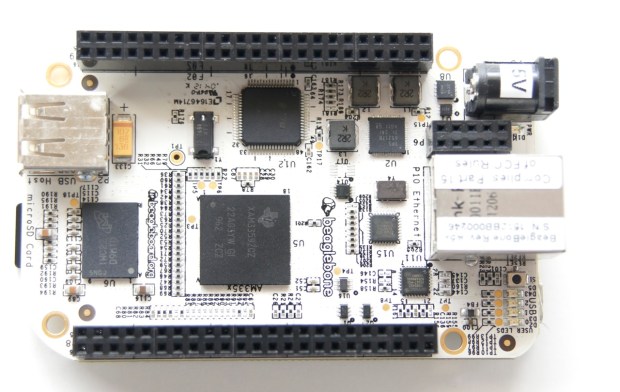 Arduino Uno BeagleBone Raspberry Pi The BeagleBoneis the perhaps the least known of these platforms, but an incredibly capable board worthy of consideration for many projects.  It is a powerful Linux computer that fits inside an Altoid’s mint container. All three boards features that make them valuable to the hobbyist.  Below is a chart I put together outlining the features of the three for comparison.  If you aren’t familiar with what all these mean, that is fine.  However, there are a few differences that make each of these gadgets shine in their own types of applications. 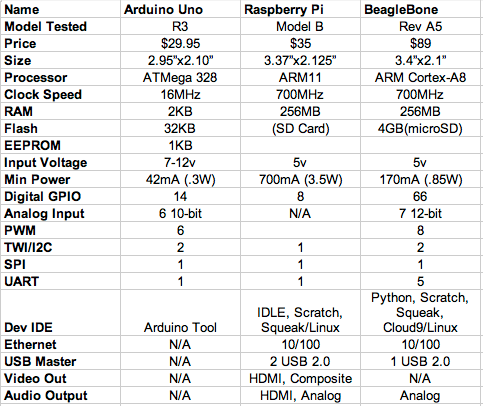 Arduino Uno BeagleBone Raspberry Pi First, the Arduino and Raspberry Pi and very inexpensive at under $40. The BeagleBone comes in at nearly the cost of three Arduino Unos. Also worthy of note is that the clock speed on the Arduino is about 40 times slower than the other two and it has 128,000 (!) times less RAM. Already, you can see the differences starting to come out. The Arduino and Raspberry Pi are inexpensive and the Raspberry Pi and BeagleBone are much more powerful. Seems like the Raspberry Pi is looking really good at this point, however, it’s never that simple. First, its price isn’t quite as good as it seems because to run the Raspberry Pi you need to supply your own SD Card which will run you another $5-10 in cost. Also, despite the clock speed similarities, in our tests the BeagleBone ran about twice as fast as the Raspberry Pi. And perhaps most counterintuitive, the Arduino was right in the mix as far as performance goes as well, at least for a beginner. The reason for this is that the Raspberry Pi and BeagleBone both run the Linux operating system. This fancy software makes these systems into tiny computers which are capable of running multiple programs at the same time and being programmed in many different languages. The Arduino is very simple in design. It can run one program at a time and it programmed in low level C++. 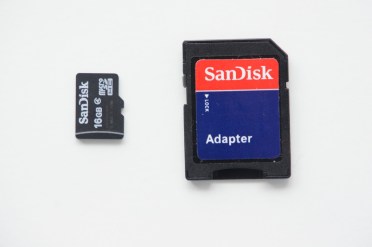 Arduino Uno BeagleBone Raspberry Pi An interesting feature of the BeagleBone and the Raspberry Pi is that they run off of a flash memory card (SD Card in the case of Raspberry Pi and MicroSD Card in the case of BeagleBone). What this means is that you can give these boards a brain transplant just by swapping the memory card. You can have multiple configurations and setups on different cards and when you swap cards, you’ll be right where you left off with that particular project. Since both of these boards are fairly sophisticated, it even means that you can easily change operating systems just by creating different cards to swap in.

So why would you choose one platform over the other?

For the beginner, we recommend the Arduino.

It has the largest community of users, the most tutorials and sample projects and is simplest to interface to external hardware. There are more ways to learn about Arduino for beginners than you can shake a soldering iron at. The boards are designed to easily interface with a wide variety of sensors and effectors without and external circuitry, so you don’t need to know much about electronics at all to get started. If you haven’t played with these before, get one (they’re inexpensive) and try it. It can be a really great experience.

For applications minimizing size we recommend the Arduino.

All three devices are similar in size, although the Raspberry Pi SD Memory card sticks out a bit making it slightly larger overall.  There are so many different flavors of Arduinos it is ridiculous.  Basically, what makes an Arduino an Arduino is a particular microprocessor and a little bit of software.  It uses a very small, inexpensive, embedded system on a chip microprocessor from a company named Atmel.  For advanced projects that need to be really small, you can buy these chips for a dollar or two and put the Arduino bootloader (a program that makes the Arduino give the Arduino its basic functions) on the chip and viola, you have an Arduino.  We have done this for a few projects and it can make for a very tiny little gadget when you don’t even have a circuit board.

A variety of different Arduino sizes and form factors

The BeagleBone beside its big brother the BeagleBoard

For applications that connect to the internet we recommend the BeagleBone or Raspberry Pi.

Both these devices are real linux computers. They both include Ethernet interfaces and USB, so you can connect them to the network relatively painlessly. Via USB, you can connect them to wireless modules that let then connect to the internet without wires. Also, the Linux operating system has many components built-in that provide rather advanced networking capabilities. 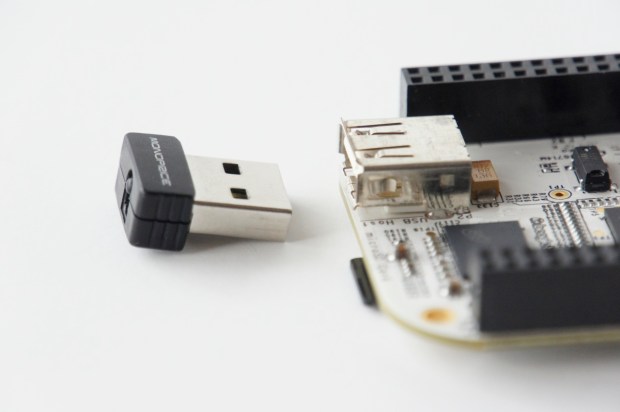 A very small USB WiFi adapter plugs right in to the BeagleBone or Raspberry Pi, and the Linux operating system can support these types of devices

Arduino Uno BeagleBone Raspberry Pi The Arduino supports plug-in peripherals called “shields” that include the ability to connect to Ethernet, but the access to the networking functions is fairly limited. Plus by the time you buy the Ethernet shield you might as well just get one of the more advanced boards.

For applications that interface to external sensors we recommend the Arduino and the BeagleBone.

The Arduino makes it the easiest of any of the boards to interface to external sensors. There are different versions of the board that operate at different voltages (3.3v vs 5v) to make it easier to connect to external devices. The BeagleBone only operates with 3.3v devices and will require a resistor or other external circuitry to interface to some devices. Both the Arduino and BeagleBone have analog to digital interfaces that let you easily connect components that output varying voltages. The BeagleBone has slightly higher resolution analog to digital converters which can be useful for more demanding applications. With that said, it is important note that many things that you would want to connect to, including little sensors, have digital interfaces called I2C or SPI. All three boards support these types of devices and can talk to them fairly easily.

For battery powered applications, we recommend the Arduino.

For applications that use a graphical user interface, we recommend the Raspberry Pi.

The Raspberry Pi is really in a category by itself because it has an HDMI output.   That means you can plug in a mouse and keyboard and connect it directly to your TV.  At that point you have a fully functional computer with graphical user interface.  This makes the Raspberry Pi ideal for use as a low cost web browsing device of for creating kiosk-type projects where you may have a display that people interact with.  In fact, just for fun, we installed the Arduino development tools on the Raspberry Pi and we were able to write a small program and download it to an Arduino from the Raspberry Pi.  It’s not a very fast computer, but it really is a computer.

The Arduino is a flexible platform with great ability to interface to most anything. It is a great platform to learn first and perfect for many smaller projects.

The Raspberry Pi is good for projects that require a display or network connectivity. It has incredible price/performance capabilities.

The BeagleBone is a great combination of some of the interfacing flexibility of the Arduino with the fast processor and full Linux environment of the Raspberry Pi (more so in fact). So, for example, to monitor our hydroponic garden, we will likely use the BeagleBone since it has good input/output features and can easily connect to the network, so we can have it run a web server to make its readings available to us. All three of these are staples of our projects here at Digital Diner. Of course, there are other platforms out there, for example, we monitor our tomato garden using Sun SPOTs, but these three will cover most people’s needs until you get fairly advanced.