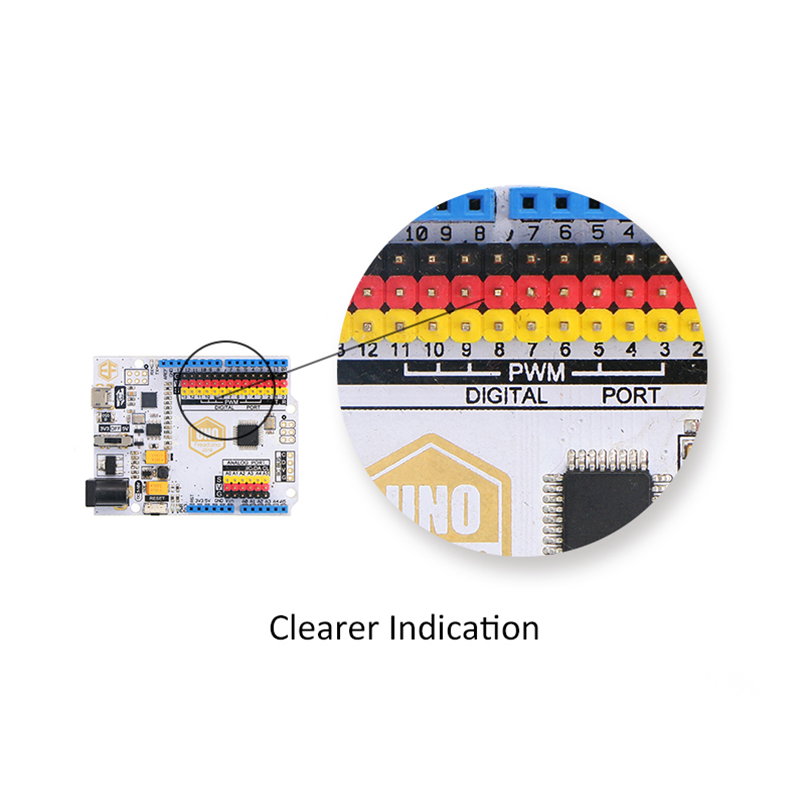 Freaduino UNO new version is an Arduino compatible board. It is based on Arduino UNO Rev3 design. So you can use Freaduino as Arduino UNO Rev3 . All code, shield and IDE for Arduino UNO Rev3 are also valid on Freaduino UNO. Some visible improvement on hardware make Freaduino UNO more flexible and easier to use. For example: 3 switch with Power off???.3v or 5v IO selectable allow you connect some 3.3v modules (such as XBee) to Freaduino directly. SPI, COM and IIC bus breakout make bus connect easier. It contains everything needed to support the microcontroller; simply connect it to a computer with a USB cable or power it with a AC-to-DC adapter or battery to get started. And the grest way is direct used with Octopus sensor bricksand there are Black/Red/Yellow wires directly plug on.