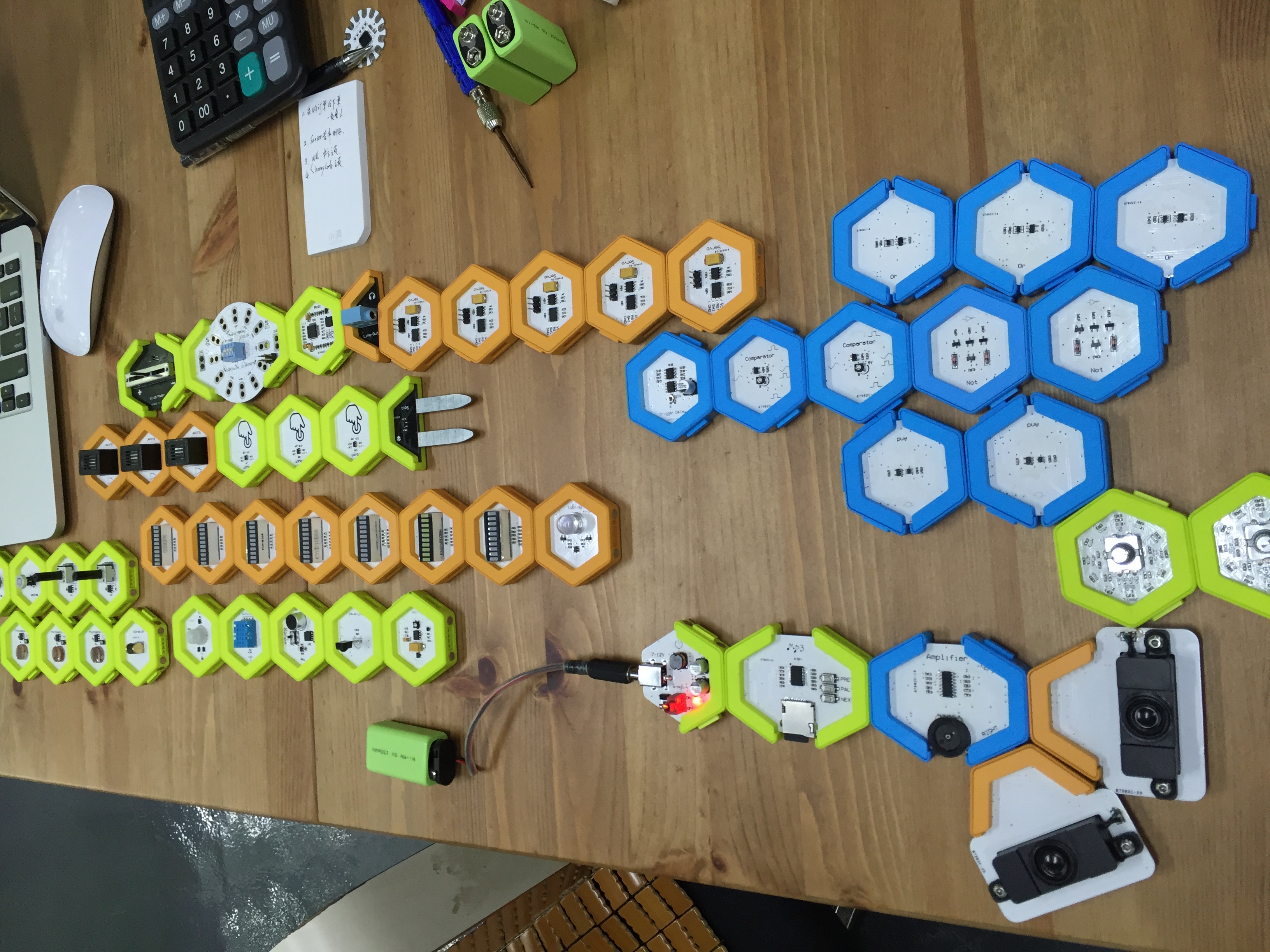 HoneyComb is a set of playful electronic blocks, designed for makers of all ages and skill levels.  With so many different types of blocks and endless combinations, you can quickly design, program, and prototype your own creations.

will embrace the idea that electronic blocks are the future for STEAM education.

We're also sending out some kits to online media for reviews. We apologize for the delay for it's still in the process of production and 10 days away from Chinese New Year. Don't worry though. We'll send out the HoneyComb kits for review as soon as it's ready.