How to make a Smart tricycle？ 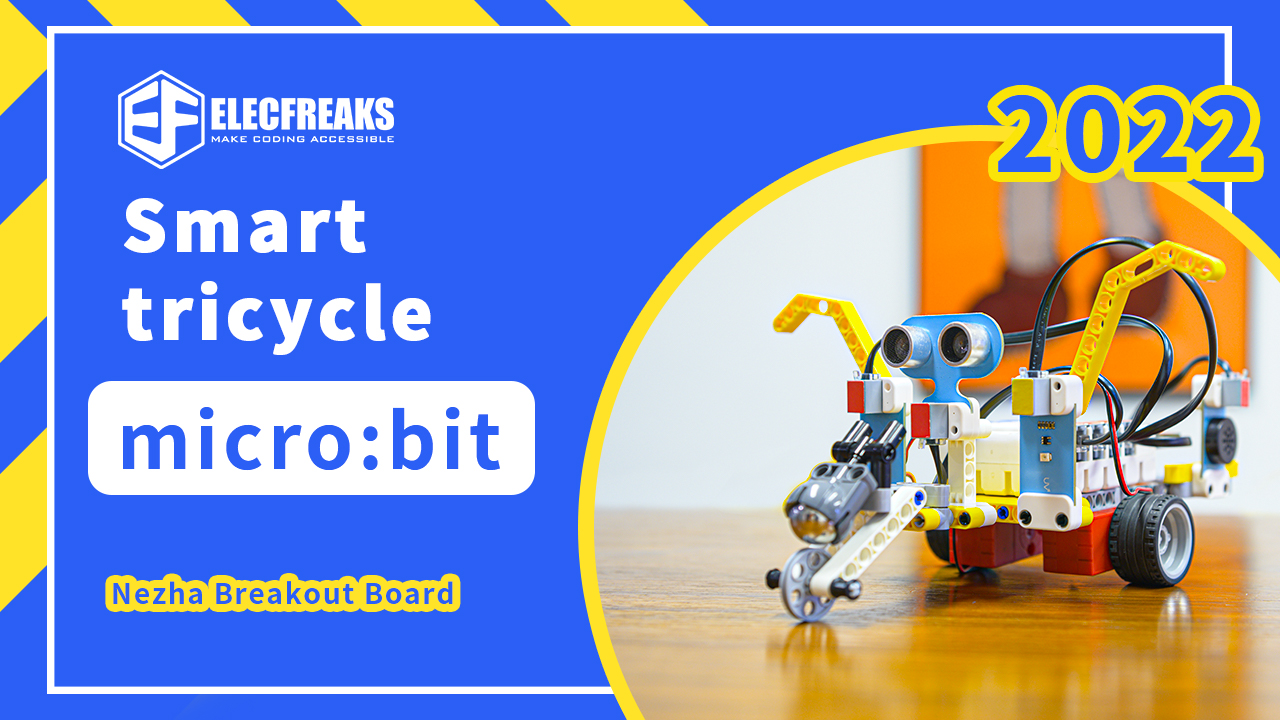 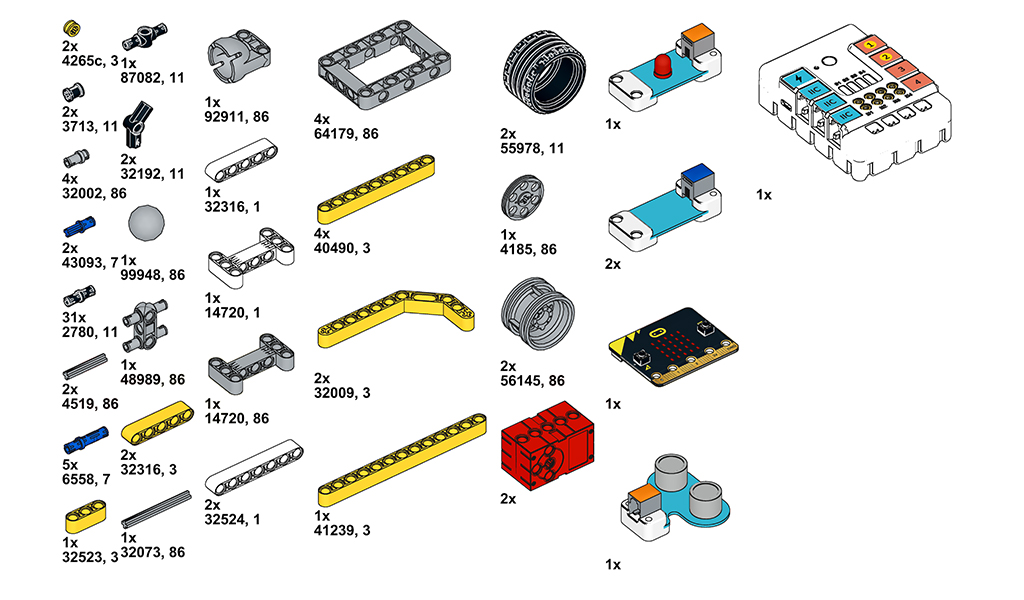 Attach the four pins to the four corners of the block as shown in the diagram. 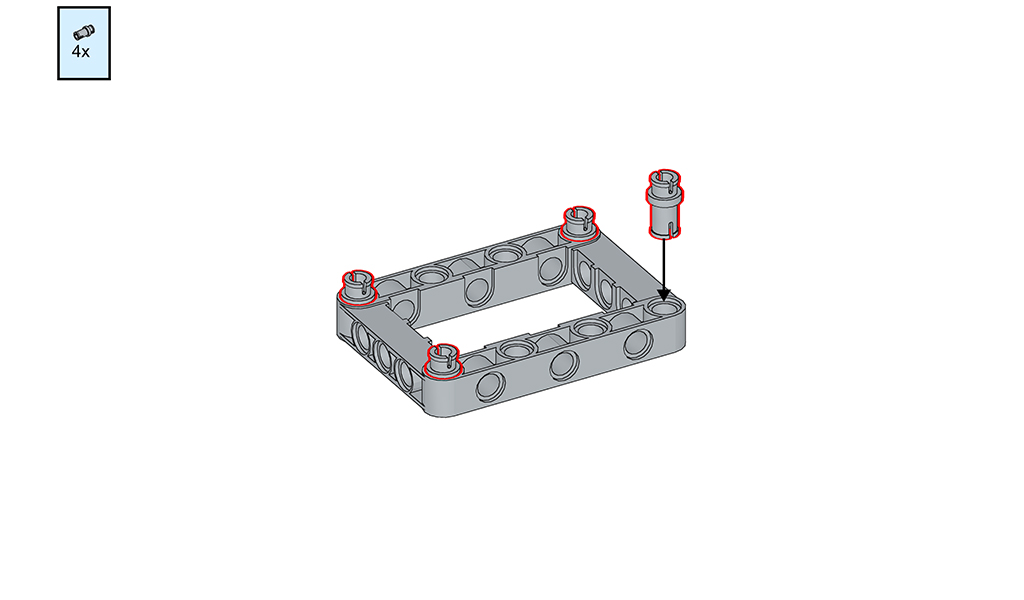 Then place the two motors on each side in turn. 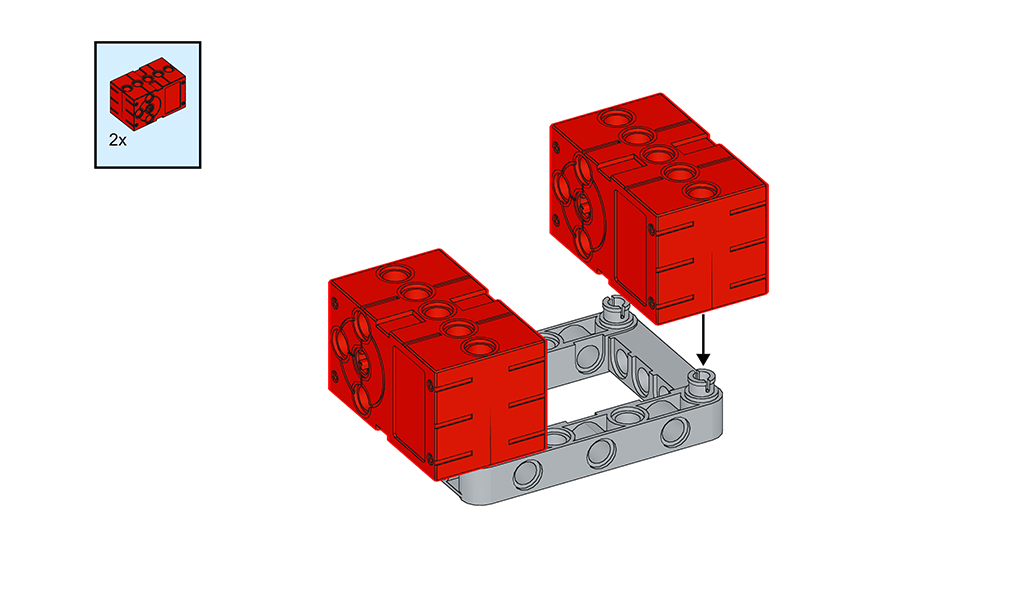 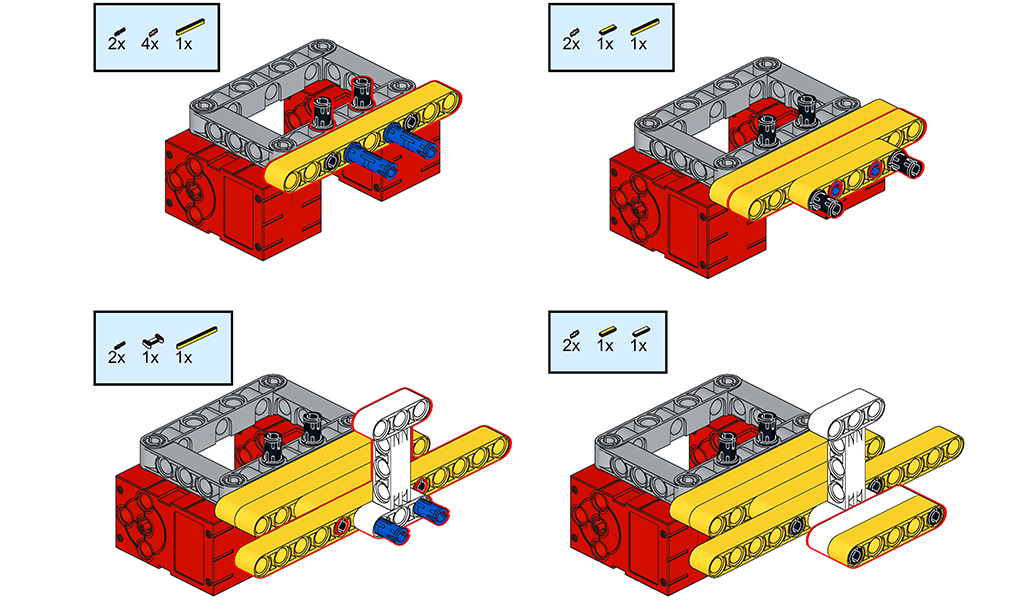 Then build the two handles that fix the wheels on the front of the trolley. 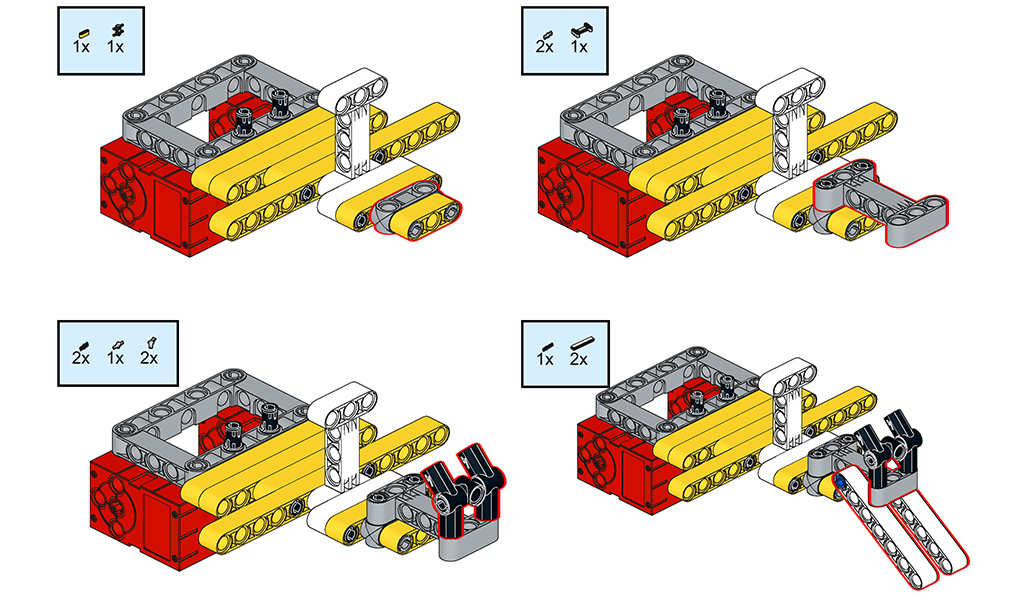 Then follow the steps below to install the wheels and a ball to decorate the trolley. Then attach the two wheels at the back of the trolley to the top of the motor, one on each side. Extend two more square blocks, as shown in the picture, and two nine-hole blocks, for the purpose of making a carrier module for loading the back of the cart. As shown in the picture, this is the built-up cargo carriage. 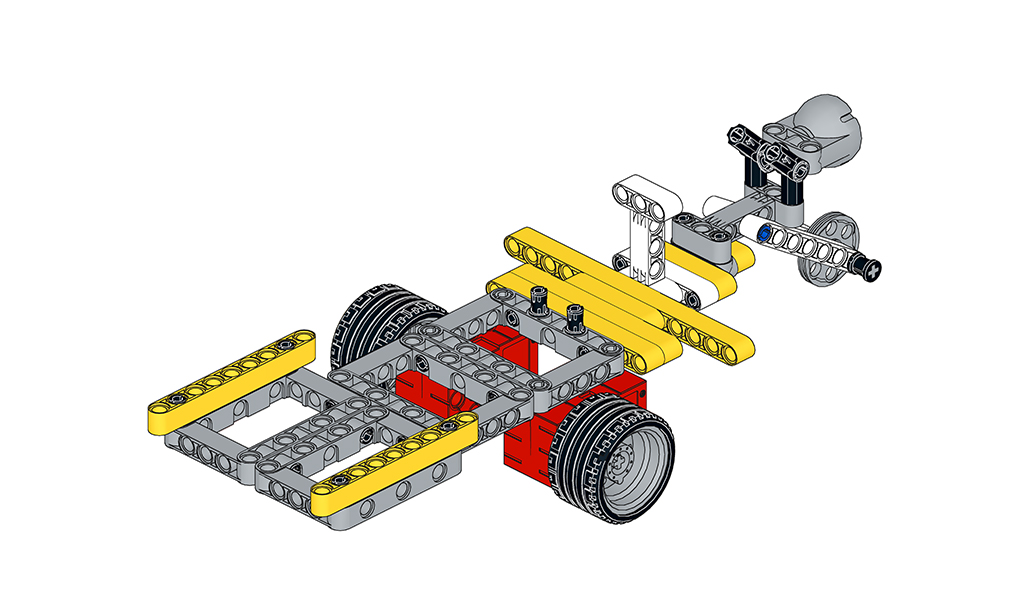 We then installed the H-blocks in the front car section for the ultrasound, as shown in the picture below. As shown in the picture, first fix the led light to the 12-hole yellow block, and then fix the 7-shaped block to the back of the led light for decoration, or fix different types of blocks according to your situation. 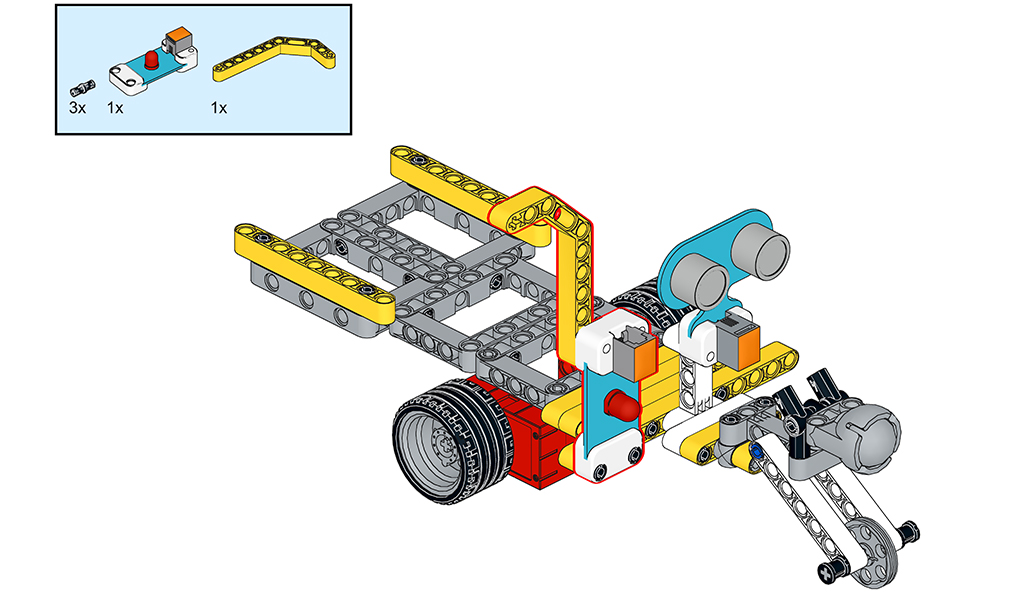 As shown in the picture, then the UV sensor, again fixed in the nine holes blocks there, and then the 7 blocks fixed on the other side, left and right symmetry, this is also decorative, also according to their preferences, change different types of blocks decorative, so that is, the left and right sides have sensors, and decorative symmetry. (Note: the UV module is not available in the software, so it has been replaced with another model.) This is mainly used to set the voice prompts, you can put different voice prompts according to your preference, and putting the songs inside is also possible.

Note: This is because the mp3 module is not available in the building software, so it is replaced by another model. 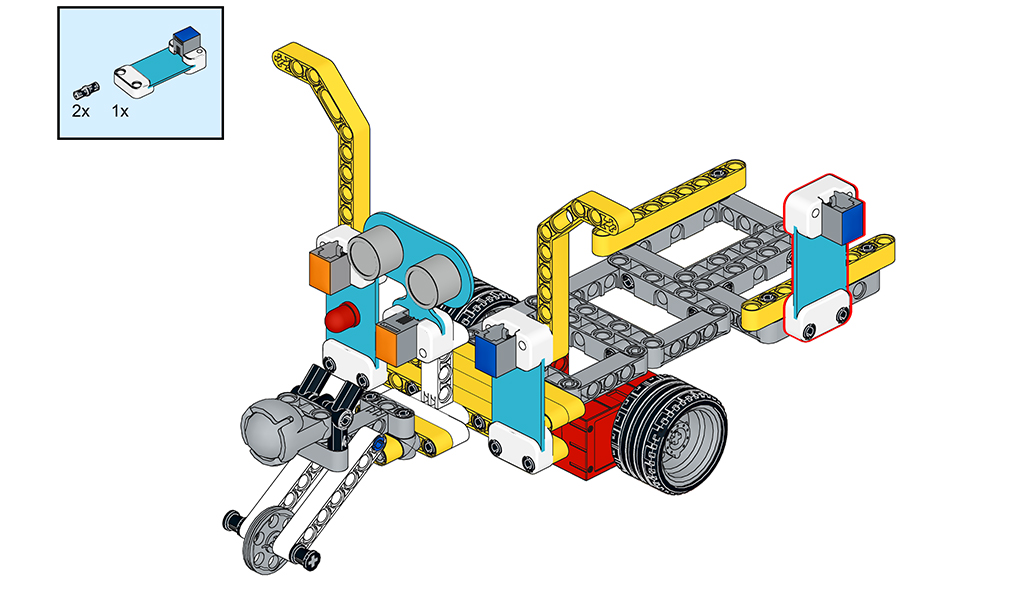 As shown in the picture, and then put this which tza expansion board into the blocks below, this expansion board is mainly used to insert micro:bit, and some sensors to expand, or expand a very strong expansion. 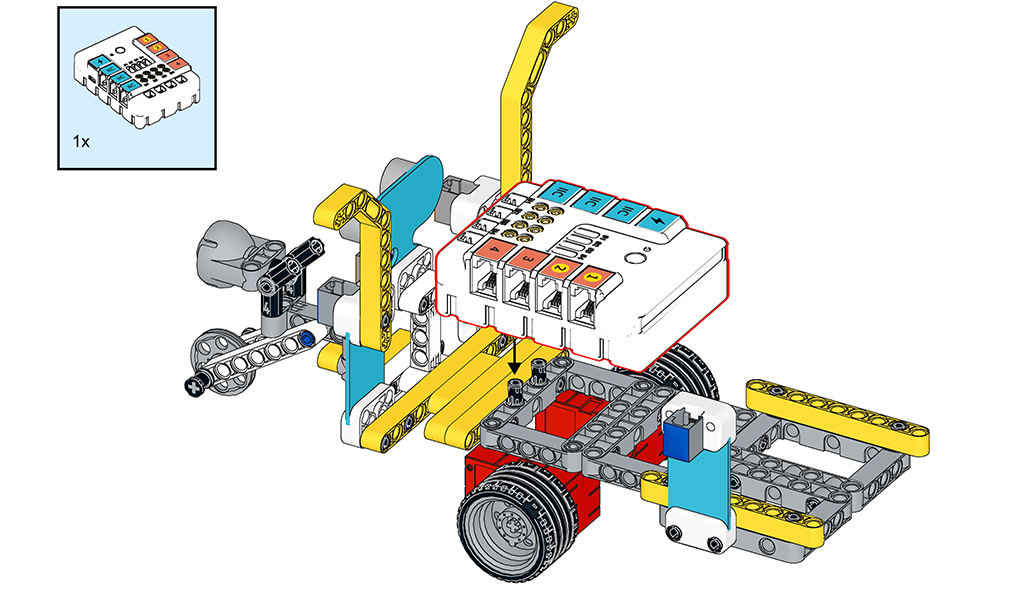 As shown in the picture, the last thing is to insert the motherboard, basically, a three-wheeled minivan has been built. The built-up smart tricycle is shown in the picture. We have now started to program the product to allow for voice prompts, obstacle avoidance and UV intensity detection. 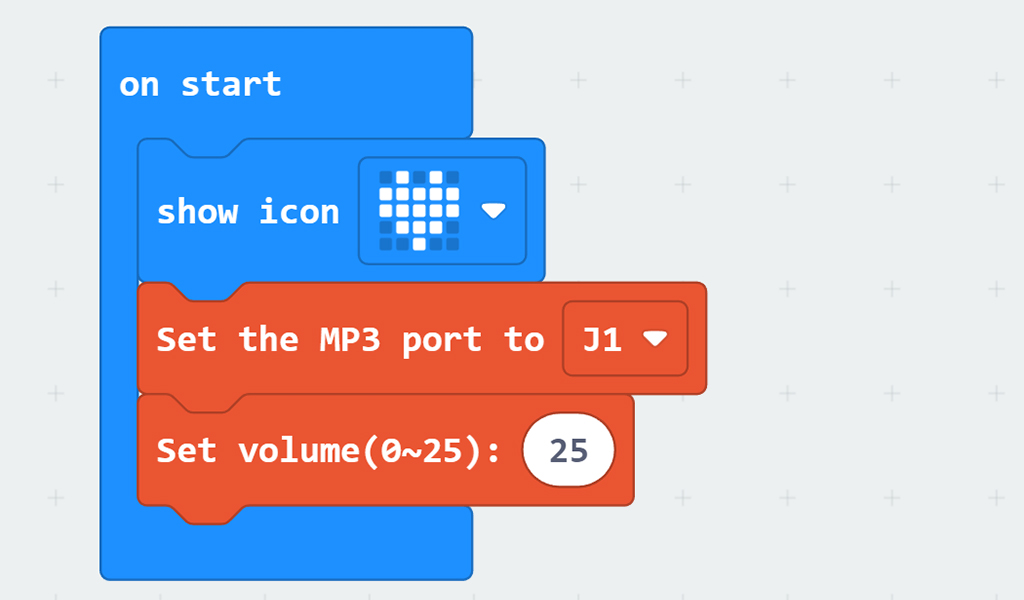 As shown in the diagram, there are three steps to run the program.

The first step is to set the ultrasonic sensing distance, when the distance is less than 20 cm obstacles, will be sensed, so as to implement obstacle avoidance, the implementation of obstacle avoidance procedures is to turn right, so we have to set the speed of the two motors, one side set 0, the other side set -50, will achieve the right turn, pause two seconds, is to turn right two seconds. As shown in the diagram, the second step, we have to set the UV working mode, when the UV intensity is greater than or equal to 1, then the UV sensor, will detect the UV intensity, and begin to voice prompts, and red light on, and backward to the UV weak place. As shown in the diagram, if the conditions of the first and second steps are not met, then we will set a program that allows the car to be executed directly, the car will go straight without triggering the above two conditions, and that is, because the red light is only lit when the trigger detects UV light, so to be set in this program off, as long as the conditions are not triggered, it will always be off. The entire program is programmed as shown in the diagram. After entering the program, the very smart tricycle is finished and ready for use. The purpose of making this case is also to hope that, one day in the future, our cars, which can become even more intelligent, will also be greatly