Use microbit to understand gyroscope 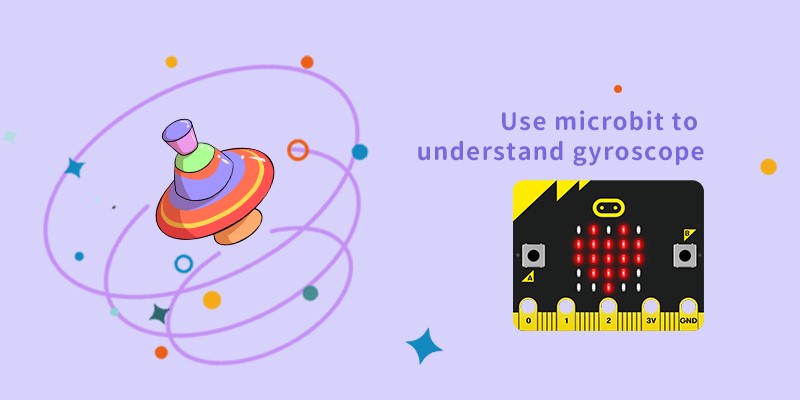 Hi, dear friends, today we use microbit to understand gyroscopes. 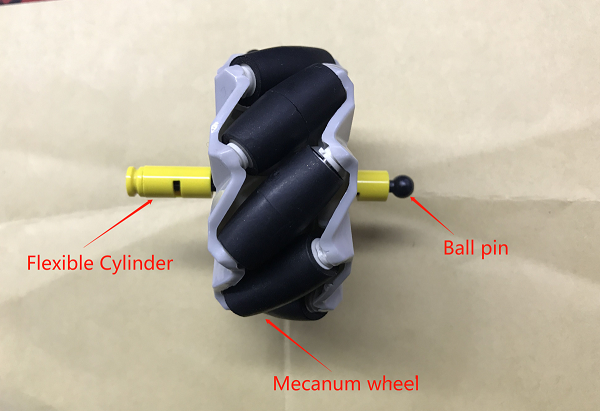 The main body of the gyro we built is a mecanum wheel, with a ball pin on the bottom, and a movable cylinder on the top. The rotating base does not use many parts and requires a stable structure. 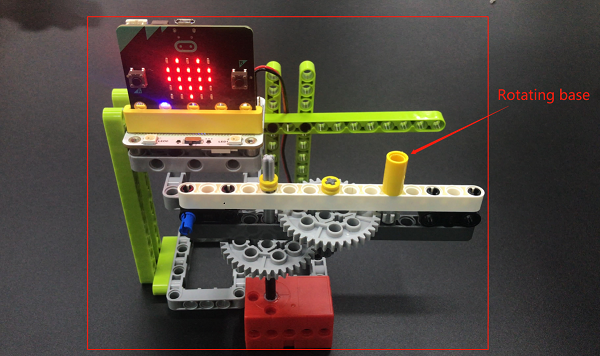 Turn on the power, the motor drives the forty-tooth gear to drive the eight-tooth gear, and the speed is increased by five times. We use two-stage transmission here, so the speed is increased by 25 times. Hold the movable sleeve and place it on the shaft to make it accelerate and wait for its speed to increase. When it is fast, it can remain stable even if we let it go, and it remains stable even if we take and shake it. Do you know how this works?(Video link: https://youtu.be/Grca1X1z35k)

In the video, we can see the two major characteristics of the gyroscope: fixed axis and precession, both of which are the embodiment of the conservation of angular momentum.

The principle of a gyroscope is that the direction pointed by the axis of rotation of a rotating object will not change when it is not affected by external forces. According to this principle, people use it to keep the direction, and the things they make are called gyroscopes. When the gyroscope is working, it needs to give it a force to make it spin up quickly. Generally, it can reach hundreds of thousands of revolutions per minute and can work for a long time. Then use a variety of methods to read the direction indicated by the axis, and automatically transmit the data signal to the control system.

In real life, the feed motion of the gyroscope occurs under the action of gravitational torque.

The gyroscope is an ancient and very vital instrument. It has been more than half a century since the first truly practical gyroscope came out, but until now, the gyroscope is still attracting people to study it. This is because of its own characteristics. The most important basic characteristic of a gyroscope is its stability and precession. People have long discovered that the top spinning at high speed can stay vertical to the ground without falling over from the tops played by children, which reflects the stability of the tops. The theory of studying the motion characteristics of gyroscopes is a branch of the dynamics of rigid bodies moving around a fixed point. It studies the dynamic characteristics of rotating objects based on the inertia of objects.

Well, today’s knowledge sharing is over, and interested friends can also make a gyroscope by themselves to understand its mystery.

How to make a simple nucleic acid sampling machine April 22, 2022

How to Make A micro:bit Manipulator with Straws March 25, 2022