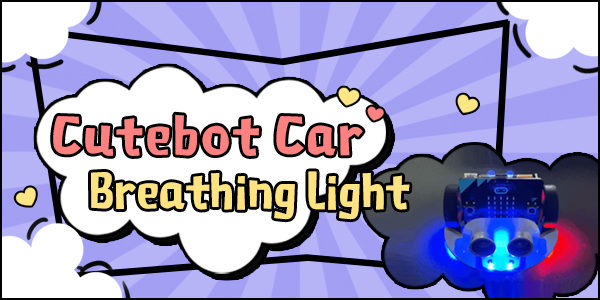 Hi, today let’s make a cool breathing light effect to the chassis of the Cutebot. Breathing light means that the light changes gradually from bright to dark under the control of a microcomputer, and it feels like a person is breathing. We can achieve the effect of breathing light through simple programming. 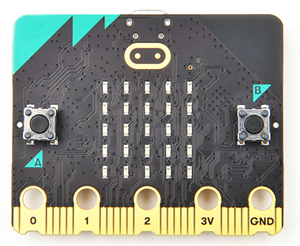 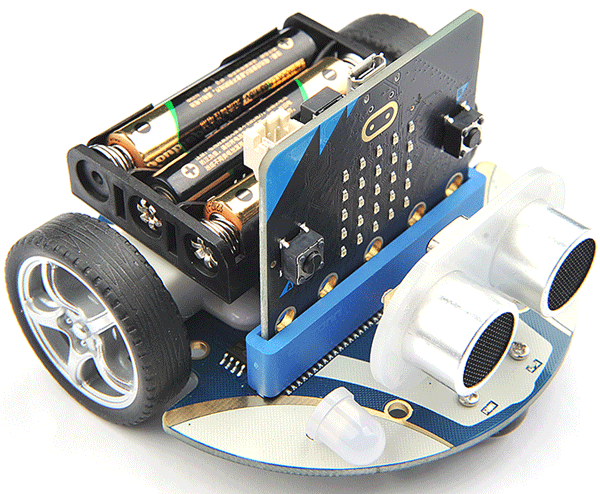 2.Because the maximum brightness is 255, we can cycle through 255 times to increase the brightness of the two Rainbow LEDs at the bottom of the Cutebot from 0 to 255, so the value of each increase is 255/255=1, and if by decreasing, the effect is the same. You can subtract 1 each time. And you can adjust the number of cycles to achieve a cycle effect with different speeds. For example, through 51 cycles, the value changed each time is 255/51=5. 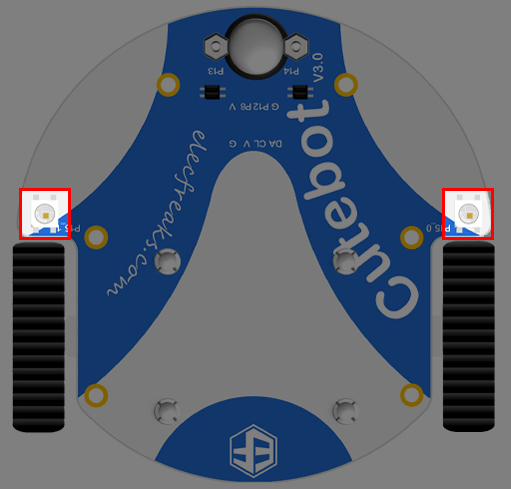 Set P15 as the two Rainbow LEDs connection port in the on start brick.

Set the left LED ranging from 0 with 1 LED.

Set the right LED ranging from 1 with 1 LED.

Create a variable named “brightness” and set it with 0. 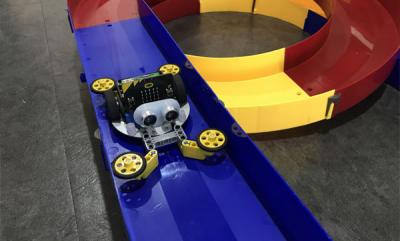 Make your "mini 4WD" with Cutebot 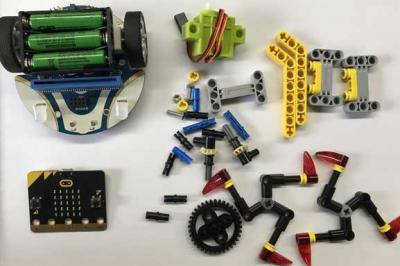 How to use the Cutebot to make a combatting robot? 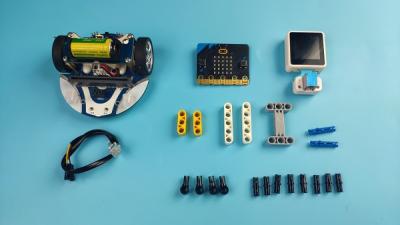 Use the Cutebot and AI Lens for Line Tracking 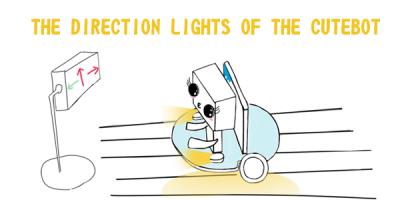 The Direction Lights of the Cutebot