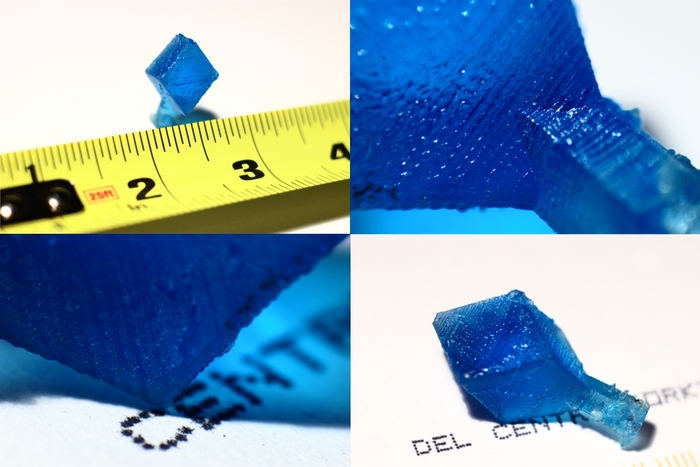 One week has passed since we updated previous news information about  FlameStower . Actually today we will introduce you a super surprizing and astonishing 3D printer. As it is known that 3D printer has achieved increasingly tremendous advancement in technology, but because of high cost, 3D printer has't been able to  emerge in the common household and become the popular necessity for the normal people. But now, the peachy 3D printer has decently solved the problem with the retail price of only $100. Affordable, small, lightweight, and unique, it is praised as the genuinely first household 3D printer. Even though the low cost and lightweight, which is originally their most outstanding advantage, but limited to the small volume,  this printer can only make the production with small dimension until now. What's more, their description informed us of the high speed in printing, but we did't see any introduction about the production precision. Seen from the demonstrated picture, we have reason to believe that they need to improve it. But anyway, closely abide by the open spirit, they use and add resin to make the world's most affordable 3D printer, really starting the price innovation in 3D printer, which marked the remarkable step in 3D printer research and development. 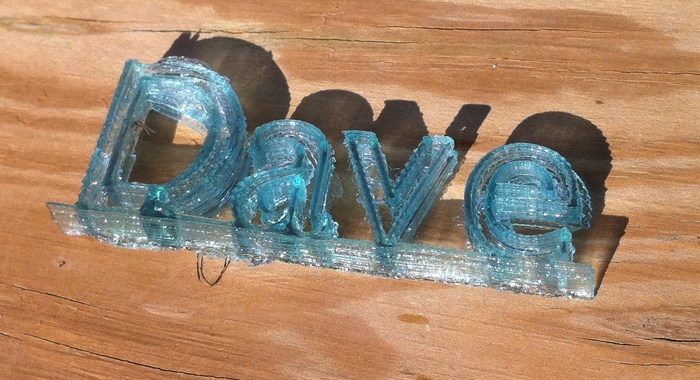 How does the Peachy Printer work?

Below is a detailed video explaining how the Peachy Printer works through explanation and demonstration! http://youtu.be/80HsW4HmUes The peachy printer is a Photolithographic printer. That means it uses a controlled beam of light to cure light sensitive resin into hard objects. The peachy moves a laser beam along the X and Y axes to create the shape of the object, while using a drip system to control the level of the resin on the Z axis which determines the height of the object.

The object you want to print must first become a 3D model in Blender. The software we wrote as an add on to blender takes the data from that 3D model and translates it into an audio waveform. It then plays the audio file out to the printer through the headphone jack in your computer. This waveform drives a pair of electro magnetic mirrors. The higher the volume, the higher the voltage, the more the mirrors move. The purpose of these mirrors is to reflect and control the path of the laser beam. By using the audio waveform generated from the 3D model data to drive the mirrors, we are able to get the laser beam to draw out the shape of the object. That's takes care of the X and Y axes. 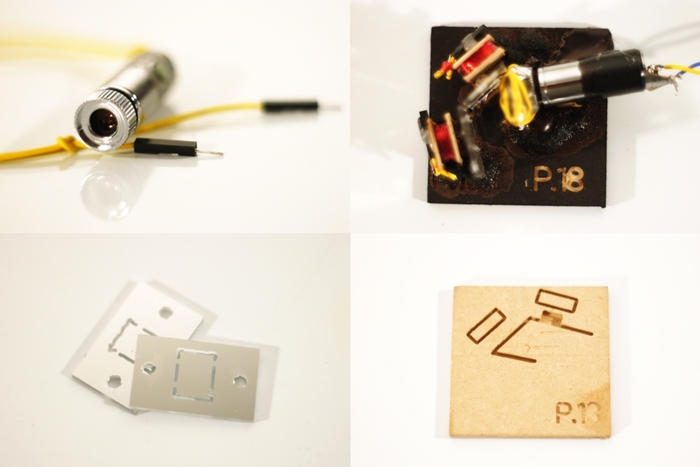 Now let's talk about the drip system that creates movement on the Z axis. The salt water in the top container syphons down to a drip feed. The rate of this drip feed is controlled by a valve. As each drip leaves the feed, it passes through two contact points creating an electrical connection that is detected by your computers microphone jack. The drip continues to fall into the bottom container where it causes the resin floating atop it to rise. The software listens to the microphone level, counting each drip that falls and calculates the resultant level of the resin. This allows the software to send the layer that corresponds with the current Z-level of the resin. This process continues until the print is complete. Until now, the team still confronted big challenge, to make the Peachy do better, they need money to invest in improving the product, specifically the software end, and they also need to make high volume orders of their parts to keep costs low. So, if you want to know more and support them with one pledge, please click here.
October 19, 2013 | View: 296 |  By: Admin