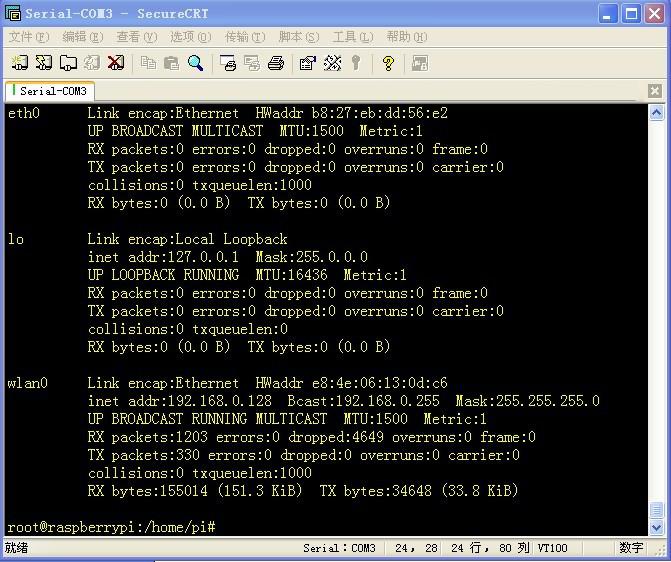 Hi, everyone, after the continual release of the Raspberry Pi User Guides, like Raspberry Pi USB Webcam, Raspberry Pi 2 System Installation And Start , we wonder whether they are more or less beneficial for you? But anyway, we are convinced that no pains, no gains, and only if we enrich and perfect the product materials, can we achieve persistent achievement, therefore, currently we continue to launch the Wireless USB Adapter Configuration .

(1) Start the system into the root account in the Terminal , and type lsusb command, then if the screen as below appears, that means the wireless USB adapter has been identified.

(3) Through the following command, vi /etc/network/interfaces content should be as below???/p>

Please note that ssid is the name of the LAN, received by the command in the first step, and psk expressed LAN password. Users should use their own LAN and password when in configuration, then save the rebooted system. If you see LEDs on the wireless USB adapter blinking, which indicates its configuration is successful.

(5) Input the ifconfig command in the Terminal after reboot the system,  and if such information as below appears, the wireless USB adapter has normally worked.

Seeing information as above means the wireless USB adapter have been able to work properly, and the users can use the raspberry Pi to access to the Internet. It is recommended to firstly pass apt-get install vim command to install the vim editor, but the vi coming with system is not complete. If you can not download it, please firstly type apt-get update command in the Terminal to update the system.

Use the Cutebot and AI Lens for Line Tracking February 26, 2021